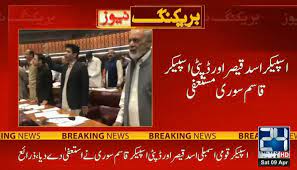 The crucial session of the house began at 10:30 am (11:00 IST) with Speaker Qaiser, and Qasim Suri a senior member of Khan’s party, in the chair. Since then, the session was adjourned thrice for one reason or another. The process of voting on the no-confidence motion against Prime Minister Khan has just started. Imran Khan tried to block a no-confidence motion last week and dissolved the lower house of parliament, but Pakistan’s top court ordered on Thursday the vote would have to be held by Saturday.

In a late-night drama, Pakistan National Assembly speaker Asad Qaiser and deputy speaker Qasim Suri tendered their resignations amid an impasse over a parliamentary vote to oust Prime Minister Imran Khan. After announcing the resignation, he asked Ayaz Sadiq of PML-N to chair the proceedings, who is now conducting the proceedings 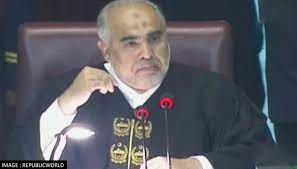 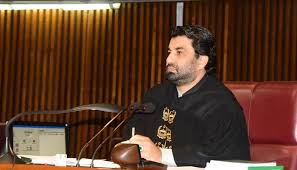 Fatima Effendi is a famous Pakistani actress and model. She worked in a number of …