The list of Ten Best Attractive Chinese Models who are very beautiful, well-looking, popular, famous and renowned personalities amongst the Chinese people as well as all over the world by showing abilities, skills and capabilities in the field of modeling. 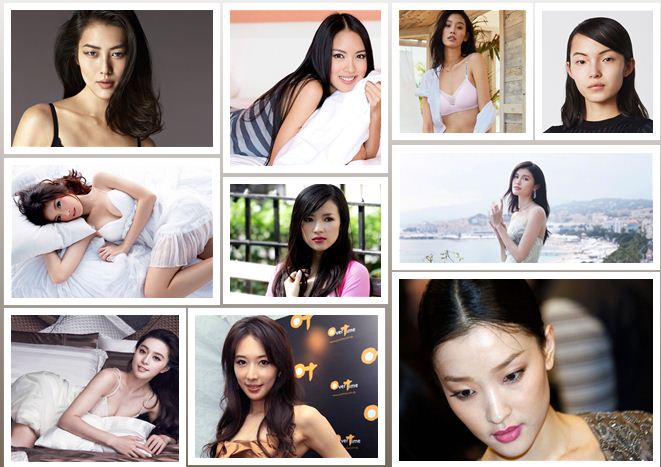 Zhang Zilin is a very illustrious and remarkable Chinese actress, singer, fashion model and beauty queen who was born on 22nd March 1984 in Weihai, China. She has been nominated for Miss China World and also crowned as Miss World in 2007. She has visited more than 80 cities from various 20 countries such as United Kingdom, United States, Russian, Mexico, Trinidad & Tobago, and South Africa.

Sun Feifei known usually as Fei Fei Sun is a very notorious and fabulous Chinese supermodel who was born on 20th March 1989 in Wifang, China. She is spokesmodel of cosmetic huge Estee Lauder. She began her modeling career in 2008. She got the championship in China and ultimately won the third prize internationally. She made her international runway presentation during London Fashion Week in February 2010.

Shu Pei known as Qin Shupei is a very renowned and superb Chinese model and actress who was born on 01st January 1990 in Beijing, China. She made her at the spring Rachel Roy show in New York. She was also selected as one of the Top 50 models on Model.com in 2011. She was one of the spokespeople for Maybelline and Vera Wang. She performed in her first film Oh My God directed by Leste Chen.

Xiao Wen Ju is a very eminent and wonderful Chinese model who was born on 19th May 1989 in Xi An, China. She walked for Shiatzy Chen, 3.1 Phillip Lim, Calvin Klein Jeans, DKNY, Emanuel, Ungaro, Hermes, and others. She also came into view on the cover of Vogue China and Numero China and Vogue Italia. She was at the 06 number in the list of Arogundade’s top ten Asian models.

Fan Bingbing is a very famed and polite Chinese actress, model, television producer and pop singer who was born on 16th September 1981 in Qingdao, China. She became very popular by performing excellent roles in the Television costume drama series My Fair Princess. She has performed in many Chinese films for which she has been nominated for several awards. She is one of the highest-paid actresses in the world and has been ranked as a global fashion symbol due to her often visibility on the red carpet, movie premieres and fashion shows.

Ming Xi well known as Xi Mengyao is a very stunning and charming Chinese model who was born on 8th March 1989 in Shanghai, China. She started her modeling career professionally in 2009 which was ended in 2011 after that she walked her first well-known runway entrance for Givenchy Haute Spring Show. She modeled for the Victoria’s Secret Fashion Shows from 2013 to 2018. She also took part in the Met Gala red carpet with Michael Kors and Rosie Huntington.

Zhang Ziyi is a very handsome and lovely Chinese actress and model who was born on 09th February 1979 in Beijing, China. She is well known for her becoming visible in Rush Hour 2 in 2001 and Heroin 2002 and House of Flying Daggers in 2004. She has received Golden Globe Award for Best Actress, BAFTA Award for Best Actress in a Leading Role Screen Actors Guild for outstanding performance as a female actor. She recently performed in J.J. Abrams 2018 and also played excellent roles in upcoming movies in 2019.

Sui He is a very nice-looking and delightful Chinese model and actress who was born on 23rd September 1989 in Wenzhou, China. She was named for the first East Asian model to open a Ralph Lauren runway show and the second model of Chinese descent to walk in the Victoria’s Secret Fashion Show. She also came into view on the cover of W-Magazine as a virtual unknown. 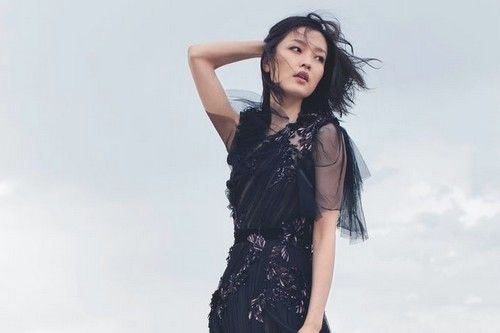 Du Juan is a very good-looking and cute Chinese fashion model, film actress as well as former ballet dancer who was born on 15th September 1982 in Shanghai, China. She made her runway debut in 2006 by walking for well-known designers such as Valentino, Jean-Paul Gaultier, Roberto Cavalli, and Chanel. She also has been publicized as the world’s first international Chinese supermodel. She made her acting presentation by performing an excellent role in the American Dreams in China which is a highly-grossing film directed by Peter Chan. She has been selected for the 33rd Hong Kong Film Awards for Best Supporting Actress and Best New Performer.

Lu Wen is a very attractive and beautiful  Chinese model who was born on  27th January 1988 in Yongzhou, Huna, China. She is the primary model of East Asian descent to walk the Victoria’s Secret Fashion show. She is one of the highest-paid Chinese models. She also has been invited to Paris in 2008 to sign with an agency and participate in Paris Fashion Week.