The list of Top Ten Most Highest Lakes of the Pakistan which are very beautiful, charming, attractive, and Powerful gifts of God for the country of Pakistan which are not less than a paradise on earth. Large numbers of visitors, tourists, and families from entire Pakistan as well as all over the world visit these lakes to spend the time, especially in the summer season to capture the gorgeous natural outlook in the eye of cameras. Check all the largest lake of Pakistan with their main features and the reason of their polularity.

The Most Beautiful, Attractive, and Glorious Top Ten Highest Lakes in Pakistan Which Reflects a Paradise on Earth 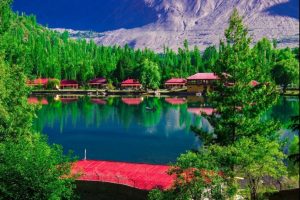 The Kachura Lakes are actually two lakes which are located in the Skardu District of Gilgit-Baltistan, northern Pakistan. The both Upper Kachura Lake and Lower Kachura Lare are at 2,500 meters in elevation. The latter is also known as Shangrila Lake within a tourist resort named Shangrila Resort outside the town of Skardu.  The water of Upper Kachura Lake is very clear with a depth of 70 meters (230 ft). In summer season its temperature is 15 C (59F) and in winter the surface is frozen solid. The Upper Indus River is nearby at a lower elevation. The beauty of the Upper Kachura Lake is almost unhampered and unexplored by the travelers for recreation activities including hiking, trout fishing, and Himalaya mountaineering. 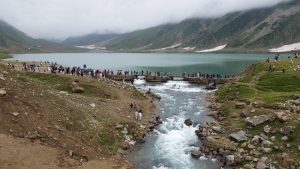 Saiful Muluk is a mountainous lake located at the northern end of the Kaghan Valley near the town of Naran in the Saiful Muluk National Park. The lake is a source of the Kunhar River. It’s an elevation of 3,224 m above from sea level.  It is one of the Most Beautiful Top Ten Highest Lakes of Pakistan which is located in the Mansehra District of Khyber Pakhtunkhwa (KPK) about 09 Kilometers north of Naran. The lake is accessible from the nearby town of Naran during the summer season but access during winter is limited. Saiful Muluk was formed by glacial moraines that blocked the water of the stream passing through the valley. The Kaghan Valley was formed in the greater Pleistocene Period in past almost 300,000 years when the area was covered with ice. It presents a very beautiful and charming view for the visitors. 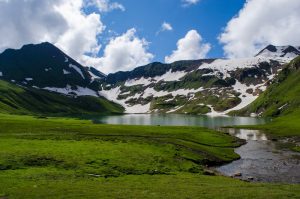 Dudipatsar Lake which is also known as Dudipat Lake. It is a lake surrounded by snow-clad peaks in Lulusar-Dudipatsar National Park. The lake lays in the extreme north of the Kaghan Valley in the Mansehra District, Khyber Pakhtunkhwa province, in northern Pakistan. This names “dodi” (دودی) means white, “pat” (پت) means mountains, and “sar” (سر) means lake also has been given to the lake because of the white color of snow on adjoining peaks. In summer the water of the lake reflects like a mirror. The word “sar” is used with the name of each lake in the area. The visitors entire Pakistan, as well as various parts of the world, come to enjoy the natural outlook in the summer season. The lake’s water is greenish blue shade and very cold, at an elevation of 3,800 meters (12,500 ft). The surrounding mountains, with snow patches in the shady dales, average around 4,800 meters (15,700 ft) in elevation. 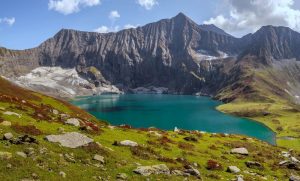 Ratti Gali Lake is an alpine glacial lake which is situated in Neelum Valley, Azad Kashmir, Pakistan. The lake is located at an altitude of 12,130 feet. The lake is fed by the adjacent glacier waters of the mountains. It has no any designated inlets for springs, rivers, and rout to access the lake by the visitors easily in the summer months especially. The nearest village arrangement which serves as a base camp for the tourists who wish to visit the lake is Dowarian.  The areas of flora and fauna are well known throughout the world. Small animals and large birds hawks as otters are usually able to be seen during the walk. Flowering foliage covers the valley in the summer season but during the snowed months there are approximately no bushes to be seen. It is a very beautiful great gift of the God which reelects of natural attractive views. 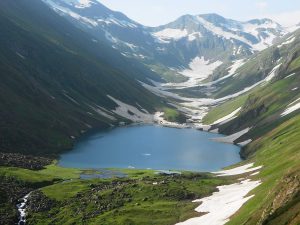 Saral Lake is situated in Neelam Valley, Azad Kashmir in Pakistan at an altitude of 13,600 feet. The lake is accessible by a jeepable track from Sharda which leads to Gumut National Park and then during a hiking trek can be reached to the lake. It is one of the Most Beautiful Highest Lakes of Pakistan where tourists and visitors across the world as well as Pakistan to view the natural scenes. 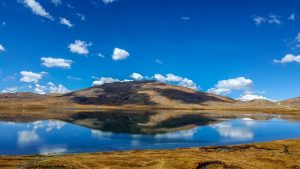 Shear Lake is a very beautiful lake situated in Deosai National Park, in the Gilgit-Baltistan province of northern Pakistan. It is located at the height of 4,142 meters. The lake is accessible through two routes one is via Skardu and the other via Astore District. The road through Skardu can be covered by a jeep in a few hours if trekked it can take 2 days time. The second route is from Astore District from main Astore town, it takes about 4 hours’ jeep travel via semi-metal road to reach Chilm. In the months from November to May, the area of Deosal is snowbound and the surrounding areas are covered with a wide variety of flowers and butterflies. 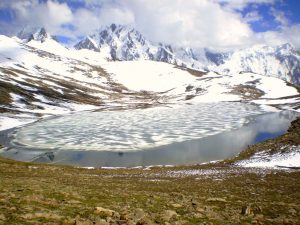 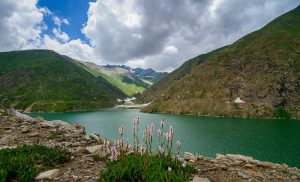 Lulusar is a group of mountain peaks and a lake in the Kaghan Valley in the Khyber-Pakhtunkhwa province of Pakistan. The highest peak has a height of 11,200 ft above sea level. Lulusar Lake also known as Lulusir is the primary headwaters of the Kunhar River. It flows southwest through the entire length of Kaghan Valley through Jalkhand, Naran, Kaghan, Jared, Paras. It is located about 48 kilometers (30 mi) away from Naran and is accessible by any kind of vehicle. 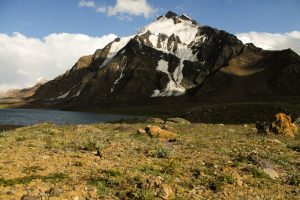 Karambar Lake is also known as Qurumbar Lake, is a high-altitude lake located in Ishkomen Tehsil of District Ghizer in Gilgit–Baltistan near the boundary of Khyber Pakhtunkhwa Province of Pakistan. It is the 31st highest lake in the world and 2nd highest in Pakistan with the height of 14,121 feet (4,304 m) and one of the highest geographically attractive lakes in the world. According to some other studies and the Revenue Record of the Government mention location of the Lake is in Broghil Valley of Chitral, Khyber Pakhtunkhwa Province. The lake is located at a distance of 205 km from Gilgit but, some fabricated maps it clearly shows that the entire width of the lake is situated within the borders of Gilgit Baltistan, other than in fact it is part of the Park Broghil Valley of Chitral, Khyber Pakhtunkhwa Province, Pakistan. 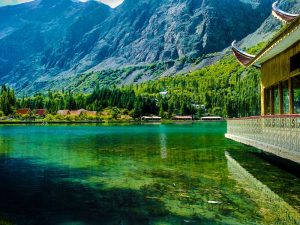 Lower Kachura Lake, also known as Shangrila Lake is located in Kachura village 20 minutes from Skardu city town. The lake is also known as Shangrila lake after a resort built on its bank in 1983. It is a popular tourist goal and has an exclusive restaurant that is built on the fuselage of an aircraft. Shangrila was established in 1983 with the opening of the first Resort Hotel in Skardu, Baltistan. Shangrila Resort Hotel was founded by the late Muhammad Aslam Khan, the first commander of the Northern Scouts of the Pakistan Army. Shangrila was named after a book titled Lost Horizon by James Hilton. 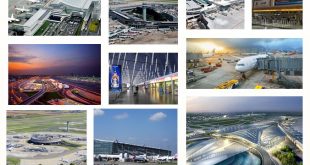 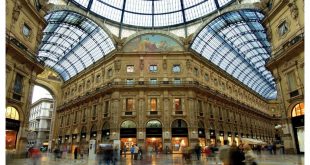